Wake Up A Friend
How To Use The Power Of Friendship 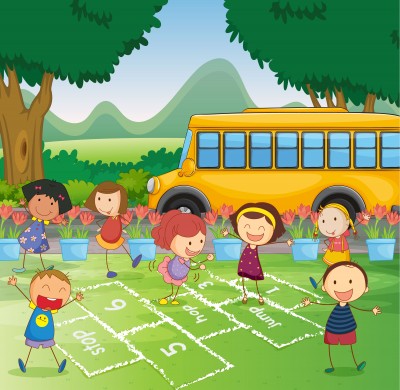 Hi again guys! Let me tell you a short story. This time it's about waking up a friend... In short, to use the power of friendship. But let me take it from the top.

I very recently tried to help a young woman who just couldn't get up in the morning. She kept saying "I've tried it all, nothing works!".

It was like a mental blocking wall inside of her that wouldn't let her succeed. Whatever trick she tried, her mind made her fail.

After getting to know her even more it was clear that she's a person that is easily affected by peer pressure and that she really doesn't want to let others down.

But even with initial methods such as making a promise to a friend to become an early riser or setting up early morning meetings she was still struggling. Basically, her success rate was at about 50% - meaning many missed meetings and let down friends...

She also tried having a friend waking her up just to get going but she tended to head straight back to bed after that wake up call.

The "Wake Up A Friend" Method

So we then tried to combine all of the above methods into one single super way =) This is what we came up with...

So what all of this boils down to is:

She will promise her friend to call her and wake her up at 5.30 the latest every single morning.

And believe it or not, but by now she's made it up 5 days in a row!

But why does only this method work then and not the separate ones?

The thing is that it (1) puts the pressure on her as early as possible. When there's a meeting to aim for, the goal might seem too distant. This makes it far too easy to procrastinate.

But with a phone call to make there's no room for delays. And we still use the pressure of making a promise to a friend, but we make it even stronger when we put another person’s wake up time in our own control.

We simply (2) don't want to be the reason why they are late too!

And finally, it means that we (3) have a very clear action to do first thing in the morning. This makes it a lot easier for the brain to know where to focus after a long night. All the thoughts such as...

...are gone. No more confusion!

Then from there onwards, it's highly unlikely that she'll go back to bed again. The reason is because she's been the driving force of getting herself up. She's in control.

As you might have figured it, this method is not a life-long solution, but nevertheless a fantastic way to take the first step towards life as an early riser.

I hope this little story can help others realize that all methods have a potential to help you. Don't be afraid to try because you might just find what works for you.

And thank you XYZ (I'll keep you unnamed) for letting me share this story. Continue sleeping well :-)

Early Riser > How To Wake Up > Wake Up A Friend

Thanks for reading! By Matthew M. McEwan

Have your say about what you just read! Leave me a comment in the box below.

Return to the top of Wake Up A Friend

This free newsletter is delivered monthly, straight to your INBOX. It covers all new pages as well as the best tips for any true early riser. Sign up here...

Hi and welcome to Early-Riser.com! Take the time to learn and discuss how to make your mornings awesome :-) or hire me now.

"Lose an hour in the morning, and you will be all day hunting for it."

How I Built This Site

DISCLAIMER: This site is NOT a professional medical advice, diagnosis, or treatment resource. Use it at your own risk. If you have sleeping disorders please consult your doctors first. Read the privacy policy for more information.